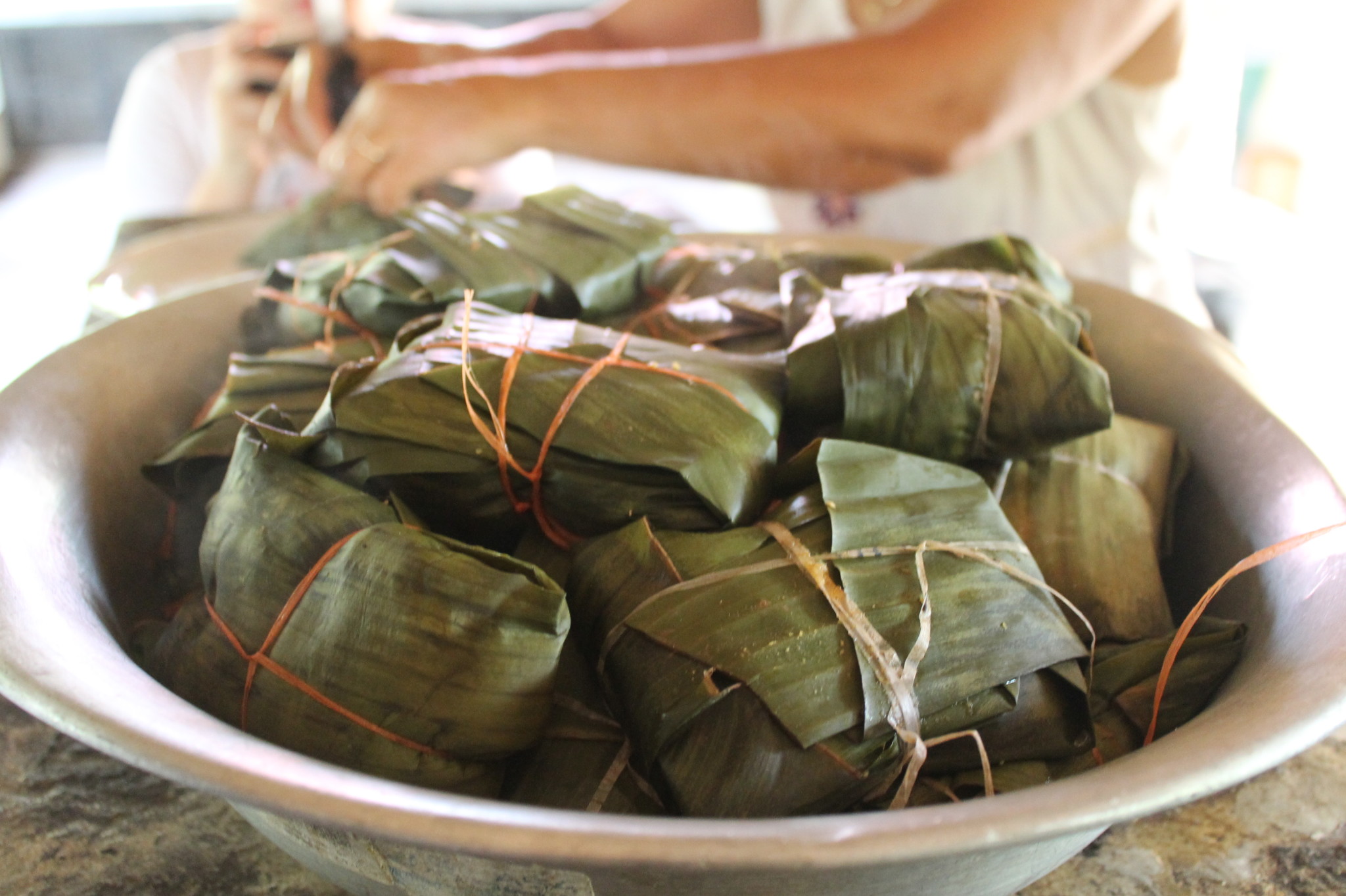 In countries from other latitudes, the first snowfall or first home decoration are the announcers of the Christmas arrival. In Costa Rica we receive the sensation that ‘the time has come’ through what we call “Christmas winds”, which are part of December’s climate: bright sun and cold wind, the perfect climate for many people.

One of the most common phrases a costa rican might say when December starts is “I already ate my first tamal”, with this said, Christmas time is officially on.

In fact, according to the principle of it being a time to share with family and friends, most of the costa rican traditions are marked by preparing special dishes; as “la tamaleada”, which, as its name tries to describe, is a family meeting where everyone help to cook “tamales” for the whole month, that will be given away, offered to guests and others.

As with the tamales, other dishes are always present in Christmas celebrations such as Christmas cake, eggnog, homemade bread, apples and grapes, and big dinners with pork leg or stuffed beef tenderloin.

However, decoration is also important in the Christmas month celebration, as the meaning that setting up the manger has, or “pasito” as we call it. Because it recreates and celebrates Jesus birth with ornaments, which has also incorporated costa rican things like farm animals such as cows, pigs, hens and else.

Most of our Christmas traditions have a religious connotation, as with the “pasito”, for example, the representation of baby Jesus is added until the night of December 24th celebrating his birth. Starting on January 6th – the day that the Three Wise Men arrived – until February 2nd, people organize a prayer called “El Rezo del Niño” before they disarm the manger.

During the whole month, the neighbors with closer relationships have meetings called “Posadas” where they visit each other to pray, sing carols, share food and tell stories. Some people even dress their children as shepherds, angels or saints.

In general, some major events are also big part of Christmas time, such as El Festival de la Luz (Lights Festival), which takes place in our capital, San José, and its local versions in other cities; also cultural activities like concerts and performances, and of course, popular festivals like “Fiestas de Zapote” with the traditional bull rodeos. 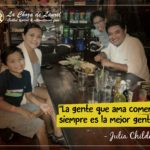 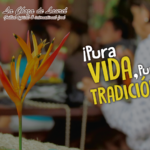 7 characteristics of a traditional restaurant in La Fortuna 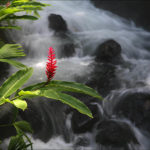 Where to go in La Fortuna?

Receive news of events, promotions and discounts by subscribing to our newsletter